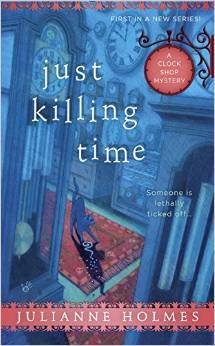 Ruth Clagan may be an expert clockmaker, but she’s always had a tendency to lose track of time. And when trying to solve a murder, every minute counts…

Ruth’s beloved grandfather instilled in her a love of timepieces. Unfortunately after her grandmother died and he remarried, Ruth and Grandpa Thom became estranged. She’s wanted to reconnect after her recent divorce, but sadly they’ve run out of time. Her grandfather has been found dead after a break-in at his shop—and the police believe he was murdered.

Now Ruth has been named the heir to Grandpa Thom’s clock shop, the Cog & Sprocket, in the small Berkshire town of Orchard, Massachusetts. As soon as she moves into the small apartment above the shop and begins tackling the heaps of unfinished work, Ruth finds herself trying to stay on the good side of Grandpa’s bossy gray cat, Bezel, while avoiding the step-grandmother she never wanted. But as old secrets and grudges start to surface, Ruth will have to kick into high gear to solve the killer case before someone else winds up dead… 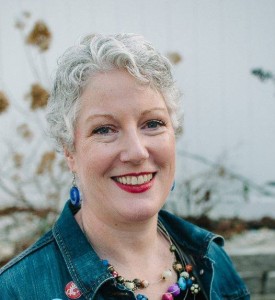 J.A. (Julie) Hennrikus writes short stories that have appeared in the award winning Level Best Books. She serves on the boards of Sisters in Crime and Sisters in Crime New England, and is a member of MWA. As Julianne Holmes, she writes the Clock Shop Mystery series, which debuts this fall, when Just Killing Time will be published by Berkley Prime Crime.

Review (4 Stars):  Very interesting mystery that involved an intriguing premise of clock-making. Ruth Clagan has returned home to take over her beloved grandfather’s clock shop after his mysterious death and soon discovers that there were hidden secrets surrounding his life.  Now Ruth must solve a murder before she ends up another victim on the killer’s list.

I liked Ruth because she was a complex character that wanted to make her grandfather proud by taking over his shop.  She had always wanted to make amends with him but found out that time ran out before she could do what she planned.  The mystery was fun and exciting and I would love to see where Ruth’s new life will take her.  The secondary characters definitely added to this story as well as the cantankerous feline sidekick, Bezel.  Great start to a new series and would be perfect for cozy readers that are looking for something different.

I’m excited to give away a copy of Just Killing Time. This giveaway is for US Residents only.  To be entered in the drawing by October 20th, please leave me a comment below: