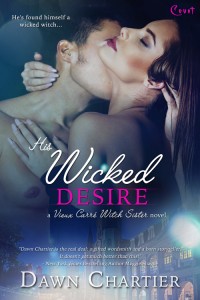 He’s found himself a wicked witch…

Brye Morgeaux is a half-witch, half-warlock who always relied on her beauty-especially when it came to men. After a run-in with a particularly vicious warlock, Brye’s face is left scarred, forcing her to look to who she is on the inside. And what Brye finds is darker than anything she’d imagined…

Then she’s handed a terrible ultimatum-join the warlock clan, or watch her family die.

Josh Copeland has known the Morgeaux family for years, and has been waiting for the time when Brye would see him as something-anything-more than a friend. As she battles darkness from within and without, he realizes the woman he loves might just be her own worst, wicked enemy. Now Josh must find a way to show Brye who she really is…before she kills him. 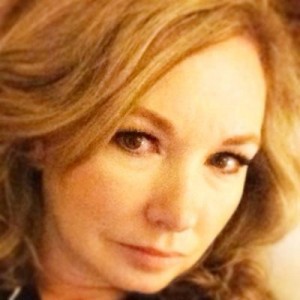 Dawn might occasionally have a gator parked in her front yard there on the bayou, but it’s the snakes that really scare the bejeezus out of her. So instead, she tends to hole herself up with a good romance book, chocolate by the pound, or marathon tv viewing of Game of Thrones, Hell On Wheels, Downton Abbey, various home renovation shows and Supernatural—oh Dean. *swoons*

Review of His Wicked Desire

Review (3.5 Stars): I liked Brye and Josh together as a couple and I thought he was the perfect person to help Brye as she dealt with the trauma that disfigured her face as well as the dark side of her personality.  Brye had always depended on her beauty and when that was taken away, she had to adjust the way that she thought about herself and her life.  I liked that Josh was there to help her every step of the way, whether she wanted him to or not.  This is the second book in a series but that doesn’t matter because key plot points are filled in along the way.  I’m looking forward to reading the rest of the series because I really enjoyed spending time with these fascinating characters.

One Response to “Blog Tour & Giveaway: His Wicked Desire by Dawn Chartier”