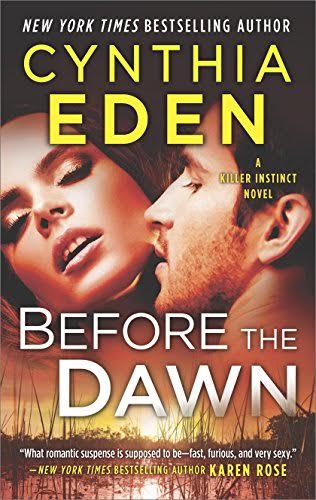 Ex-SEAL Tucker Frost knows that the world is full of evil. He saw it in the face of his own brother, Jason Frost, a cold, methodical, sadistic killer. A killer Tucker put down with his own hands in order to save Jason’s final victim—Dawn Alexander, the only girl who got away from the infamous “Iceman.”

It’s Tucker’s up close and personal experience with evil that’s made him perfect for Samantha Dark’s experimental profiling division in the FBI. And when women start turning up murdered with the same MO used by the Iceman, Tucker is sent back to Louisiana to investigate.

Ten full years have passed since the night that Tucker faced down his brother…and since he last saw Dawn, his one-time lover. But as Tucker and Dawn grapple with a desire that never died, they must also face the shared shadow from their pasts. Both have the same question—has Jason Frost come back from the dead to hunt again? And this time, will he succeed in killing the victim who got away?

“Suspenseful, sexy fare that keeps you turning pages until you reach the story’s conclusion.” –RT Book Reviews: on AFTER THE DARK

“Eden expertly twines terror and true love in her second Killer Instinct contemporary romantic thriller…. Eden employs countless red herrings, making it impossible to tell who the real killer is until the book’s end. This winning tale is a tightly plotted, expertly characterized adrenaline rush from start to finish.” –Publishers Weekly STARRED review on Before the Dawn by Cynthia Eden 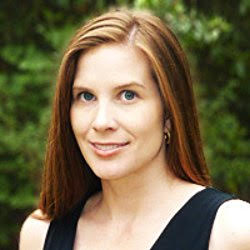 Never miss a release from Cynthia Eden! Sign up for her newsletter HERE. You can also visit her Facebook page for her latest updates.

Review of Before The Dawn

Review (4 Stars): Before The Dawn was an emotional thrill-ride that kept me on the edge of my seat until the end.  Tucker and Dawn were great characters that had gone through a traumatic experience when they were faced with a serial killer that they knew all too well.  Several years later, they meet up again when a copy-cat killer is hunting the streets of New Orleans and taking victims the same way Tucker’s family did.  Now they must work together to find a killer before it is too late and their names are tragically added to the list.

This story was amazing and it had me hooked from the very first page.  Dawn and Tucker had gone through so much together and being in the same city after everything they had been through was difficult.  The chemistry between these two characters was so steamy and they were finally able to work through the feelings that they ran away from back then.  The mystery was well-written with so many twists and turns and I enjoyed every minute of it.

Before The Dawn is part of the Killer Instinct series and even though I haven’t read the other books, I was able to follow along without any issues.  Now I can’t wait to go back and read the rest of the series just so I can learn more about some of the supporting characters.  This book is definitely a winner.