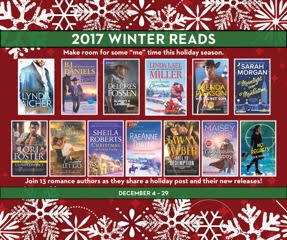 I’m so excited to have one of my favorite authors, Maisey Yates, as a special guest today. She is here to talk about her favorite heroes and I will let her take it away. 🙂

All right, since it’s Christmas, I thought I’d devote a post to my favorite heroes who would absolutely get coal in their stocking.

My hero Liam from Christmastime Cowboy, would likely be earning himself a lump of coal from the man in red. Why? He’s most definitely on the naughty list. A man who broke the heart of his boss’s innocent daughter years ago, and who has spent the years since getting rich, getting tattoos and avoiding all emotional entanglements is not a candidate for ‘nice’.

But that’s okay! Because I like my heroes naughty.

Here are my Top 5 Naughty heroes who are just as naughty…if not naughtier…than dear Liam. (And hey, these guys will help keep you warm on these cold winter nights too…it’s a bonus!)

Will from Want You More by Nicole Helm. This mountain man’s easy smile hides a lot of naughty. It’s easy to see why his former best friend, Tori, has been in love with him for years. But playboy Will is a bad bet…unless Tori can make him into a one-woman man. (And I think she can!)

Lucas from The Wicked Billionaireby Jackie Ashenden. This SEAL sniper might be cold eyed, but he’shot everywhere else. And when he has to protect the widow of his best friend, and fallen brother-in-arms, the fire that burns between them is even hotter. And definitely forbidden. Luckily, Lucas is too naughty to let that stand in his way.

Raphael, from Duke of Desire by Elizabeth Hoyt. Oh my. This hero. He is a bad, bad man who never really had a chance to be good. But he wants to be, if only for the heroine, Iris, who is his light and his angel. If you like them dark and hard to redeem, Raphael is for you.

Michael, from When He was Wicked by Julia Quinn. Oh, Michael. Being in love with your cousin’s wife is very naughty indeed. Michael might be naughty, but he’s honorable, and while his cousin was alive, he never made a move toward the woman he loved. But when she’s widowed? It’s much harder to resist temptation.

Leonidas in A Baby to Bind His Bride by Caitlin Crews. Ok, it’s not his fault he his plane crashed, he got amnesia, and a cult thought he was god (really). But when his ‘widow’ treks to the mountains to find him and they share an incendiary kiss that wakes him from his memory loss… well, after that he gets very naughty indeed.

I can’t guarantee reading these guys won’t put YOU on the naughty list, but then, they’re a gift all on their own. So maybe it’s worth the risk. 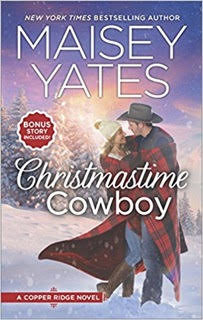 It’s Christmas in Copper Ridge, and love is waiting to be unwrapped…

Falling for a bad boy once is forgivable. Twice would just be foolish. When Sabrina Leighton first offered her teenage innocence to gorgeous, tattooed Liam Donnelly, he humiliated her, then left town. The hurt still lingers. But so does that crazy spark. And if they have to work together to set up her family winery’s new tasting room by Christmas, why not work him out of her system with a sizzling affair?

Thirteen years ago, Liam’s boss at the winery offered him a bribe—leave his teenage daughter alone and get a full ride at college. Convinced he wasn’t good enough for Sabrina, Liam took it. Now he’s back, as wealthy as sin and with a heart as cold as the Oregon snow. Or so he keeps telling himself. Because the girl he vowed to stay away from has become the only woman he needs, and this Christmas could be just the beginning of a lifetime together… 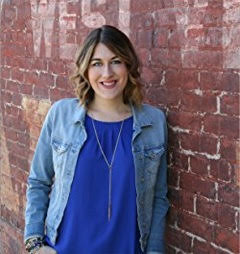