THE SINFUL SCOT by Maddison Michaels is coming soon! Check it out and be sure to pre-order your copy of this historical romance today! About The Sinful Scot:

Constance Campbell, the Duchess of Kilmaine, once believed that all she needed in life was a duke. But everything unraveled when she realized her perfect husband was a perfect monster. Now broken beyond repair, she hides her misery behind a perfect Society mask…even from her childhood friend, Alec.

Dr. Alec McGuinness reluctantly finds himself back in Scotland, and checking up on the only woman to ever get under his skin, Connie. After she spurned him many years ago, he knows his humble life as a doctor could never be enough for her. But when the Duke of Kilmaine is murdered in cold blood, with Connie sleeping right next to him in bed, Alec knows he must protect Connie at all costs from those who would frame her for the duke’s murder.

Now on the run, Connie feels a freedom she only ever dreamed about before, and an unexpected attraction to the man who is keeping her safe. But even if they can win her freedom and clear her name, could she ever open her heart up to someone again?

Catch Up on the Series: She took in a deep breath of air. You can do it, Connie, she began to say to herself, over and over again. After all, she had to do it. She had no other choice.

Turning back into the room, she hurried over to the bed and gathered up the makeshift rope she’d hidden under the bed frame, which she’d made from knotting together the sheets. She tied one end of it tightly to the leg of the bed and then dragged the rest across to the window before throwing it over the sill.

The lock to the door suddenly turned, and the door opened. Connie felt her heart stop, and she had to stifle the scream about to burst out of her mouth as she swiveled around to face the threat.

There, standing at the entrance, was Alec, with a rather purposeful expression on his face. He glanced to the open window and the rope hanging through it. “I thought they used bedsheet ropes to escape only in those gothic horror novels you used to read as a girl?”

“How the devil did you get in here?” Connie demanded, ignoring his question, though slightly thrilled he had remembered something he’d oftentimes teased her over in the past. “You nearly frightened me to death!”

“I’m here to rescue you. I did mention to be ready.” There was a grim determination in his voice, before a small smile twisted at the corners of his mouth, transforming his already altogether too handsome face into something even more compelling. “Though I think we can leave via the staircase, rather than with that.” He glanced down at the bedsheet rope, now dangling loosely from her hands. “Were you really going to use it?”

“I didn’t have a lot of options,” she replied, unwilling to give him the satisfaction of knowing that she had in fact gotten the idea from one of the gothic novels she’d read years ago.

Alec picked up the length of rope from her hands. “The knots do seem strong enough, so I daresay they would have held your weight.” His eyes met her own. “Rather resourceful of you.” He sounded impressed. “Come on, we need to go.” Indoctrinated into a world of dashing rogues and feisty heroines when she was a teenager, Maddison Michaels is a bestselling, award-winning Australian romance author, who loves to write sexy history with a dash of mystery! Her debut novel, THE DEVILISH DUKE, won the 2019 RWA Australia Historical Romance Book of the year. Maddison lives in Sydney with her gorgeous hubby and daughter, and always starts her day with a cup (or two) of liquid gold… coffee (just quietly, she’s addicted to the stuff)! 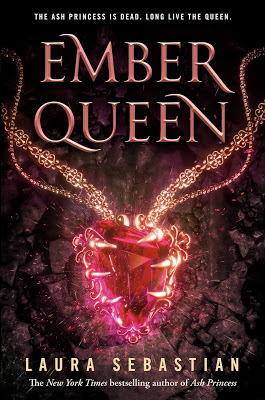