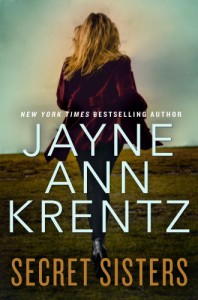 Madeline and Daphne were once as close as sisters—until a secret tore them apart. Now it might take them to their graves.

They knew his name, the man who tried to brutally attack twelve-year-old Madeline in her grandmother’s hotel. They thought they knew his fate. He wouldn’t be bothering them anymore…ever. Still their lives would never be the same.

Madeline has returned to Washington after her grandmother’s mysterious death. And at the old, abandoned hotel—a place she never wanted to see again—a dying man’s last words convey a warning: the secrets she and Daphne believed buried forever have been discovered.

Now, after almost two decades, Madeline and Daphne will be reunited in friendship and in fear. Unable to trust the local police, Madeline summons Jack Rayner, the hotel chain’s new security expert. Despite the secrets and mysteries that surround him, Jack is the only one she trusts…and wants.

Jack is no good at relationships but he does possess a specific skill set that includes a profoundly intimate understanding of warped and dangerous minds. With the assistance of Jack’s brother, Abe, a high-tech magician, the four of them will form an uneasy alliance against a killer who will stop at nothing to hide the truth…. 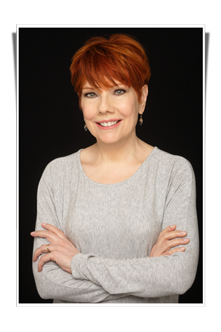 In addition to her fiction writing, she is the editor of, and a contributor to, a non-fiction essay collection, DANGEROUS MEN AND ADVENTUROUS WOMEN: ROMANCE WRITERS ON THE APPEAL OF THE ROMANCE published by the University of Pennsylvania Press.  Her commitment to her chosen genre has been strong from the very beginning of her career.  Each year at the annual convention of the Romance Writers of America she participates  in a special day-long workshop for librarians and speaks on the importance of the romance genre.

Review (5 Stars): Secret Sisters is an amazing thrill-ride with edge of your seat suspense and characters that you will instantly connect with.  Madeline and Daphne were as close as sisters can be but one night changes everything and the mystery of that night comes back to haunt them years later.  The only person that Madeline can count on is security specialist, Jack Rayner, who is determined to find out the truth and protect Madeline from a killer that will do anything to bring those secrets to light.  They are running out of time as the killer gets closer to finding truth and making Madeline the next victim on their list.

I absolutely loved Secret Sisters.  Ms. Krentz has a magical way of creating stories that have the right amount of suspense and romance that will keep you hooked until the very last page.  Madeline was a great character who went through so much that night and it has haunted her since then and affected everything that she does.  Coming to terms with her past was a difficult thing but with Jack by her side she was able to face this head on.  I wish there were more guys like Jack out there because he would do anything to protect Madeline, even if it made him a target himself.  He is the epitome of an alpha male and I was so glad that he came into Madeline’s life at the right time.

Secret Sisters is an amazing mystery and if you haven’t read Ms. Krentz’s books, you should get started right away.  I always look forward to her books because I know they will have strong female characters that are able to do anything they put their mind to and aren’t afraid to stand up to whatever demons that are haunting them.  Can’t wait to read the next book that Ms. Krentz puts out because I already know that it will be a winner.