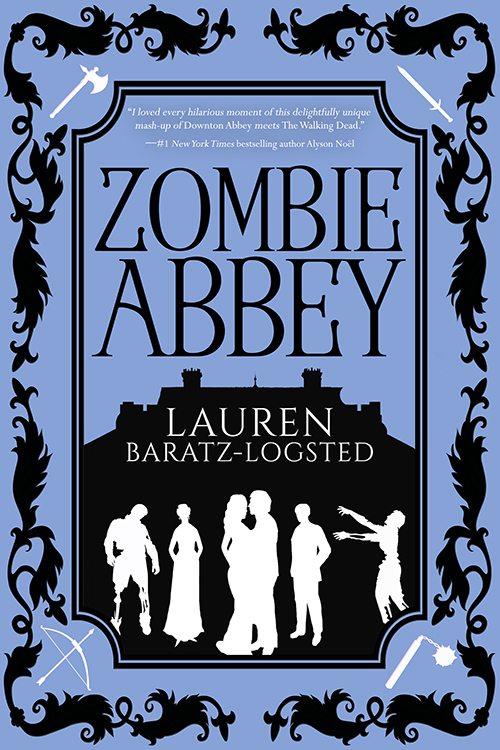 Lady Grace, lost in the middle and wishing she were braver.

Lady Lizzy, so endlessly sunny, it’s easy to underestimate her.

Upstairs! Downstairs! Toss in some farmers and villagers!

None of them ever expected to work together for any reason.

But none of them had ever seen anything like this.

Dr. Webb was lurching toward the church out of the mist, something terribly off about his halting gait. More specifically, he was lurching toward Mr. Young.
“Are you all right, Dr. Webb?” Mr. Young called, the former joy in his voice replaced now with concern for the other man.
“Merry!” Lady Grace called out a warning. “Don’t go any farther!”
“But can’t you all see?” Mr. Young said, still walking forward. “Poor Dr. Webb is sick.”
Yes, Dr. Webb was sick. His clothing and general appearance were all disheveled. And he smelled bad, too, the duke realized, as a rotting stench made its way to his nostrils, which flared in response. Why, the smell was similar to that which had enveloped the dead valet, his dead valet, yesterday. Perhaps Dr. Webb had acquired the wretched smell while tending to some poor person in the village?
Dr. Webb still lurched, his arms spreading out now as Mr. Young approached.
“Merry, please!” Lady Grace cried. Then she moved to step forward herself, no doubt to try to stop Mr. Young, but Benedict Clarke held her back, catching her with one arm around the waist.
And now Mr. Young was opening his arms wide, too, as though to warmly greet the returning doctor, but when their bodies met and the doctor embraced him, he immediately began to chew on the closest part of Mr. Young’s body that was available to him, which, in this case, happened to be his upper arm.
The duke watched, frozen in horror as no doubt the others were, too, as the doctor chewed through Mr. Young’s jacket and shirt, straight down to the flesh beneath. It might have been almost comical, were it not so downright horrifying.
Among the things you never expect to see in life: one human being attempting to feed on another like an animal. 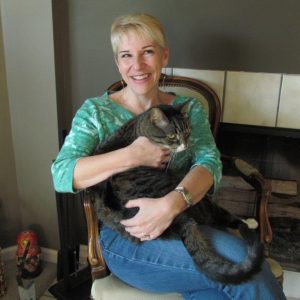 Lauren Baratz-Logsted is the author of over 30 books for adults (Vertigo), teens (The Twin’s Daughter) and children (The Sisters 8 series which she created with her husband and daughter). She’d love to dress up in period costume from the 1920s but she’d be a lot less excited about meeting zombies. Lauren lives in Danbury, CT, with her husband and daughter and cat, all of whom are writers (well, maybe not the cat).

Review (4 Stars):  What a delightful and entertaining thrill ride!  I love books that are fun and campy and Zombie Abbey fits the bill perfectly.  Each of the Clarke sisters are amazing because the only thing that they had planned on worrying about was finding a suitable man to marry, not dealing with the walking dead that was slowly taking over there community.  This story is action-packed with a little romance and is just a very clever story for those that are fans of the Walking Dead and Downton Abbey. Zombie Abbey is worth the read and you will love this well-written tale.