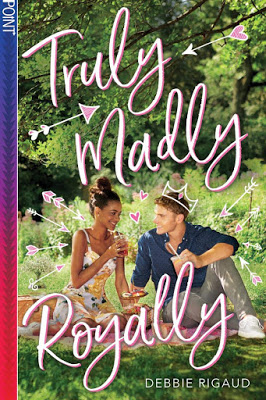 Synopsis:
Fiercely independent and smart, Zora Emerson wants to change the world. She’s excited to be attending a prestigious summer program, even if she feels out of place among her privileged, mostly white classmates. So she’s definitely not expecting to feel a connection to Owen, who’s an actual prince of an island off the coast of England. But Owen is funny, charming…and undeniably cute. Zora can’t ignore the chemistry between them. When Owen invites Zora to be his date at his big brother’s big royal wedding, Zora is suddenly thrust into the spotlight, along with her family and friends. Everyone is talking about her, in real life and online, and while Owen is used to the scrutiny, Zora’s not sure it’s something she can live with. Can she maintain her sense of self while moving between two very different worlds? And can her feelings for Owen survive and thrive in the midst of the crazy? Find out in this charming romantic comedy that’s like The Princess Diaries for a new generation.
Tour Schedule

She probably owns the yacht they all look like they’ve just stepped off of.

I guess for him, our relationship is out of sight, out of mind.

Game recognizes game.  I guess any player with a broken heart rap sheet wouldn’t like the drama that could come with picking up a call on someone else’s cell. 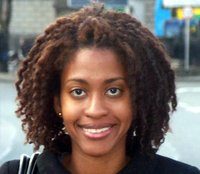 YA author Debbie M. Rigaud began her writing career covering news and entertainment for magazines. She’s interviewed celebs, politicians, social figures and “real” girls. Her writing has appeared in Seventeen, CosmoGIRL!, Essence, J-14, Trace, Heart&Soul and Vibe Vixen, to name a few. Her first YA fiction writing was published in the anthology HALLWAY DIARIES (KimaniTru Press/September 2007). Her first standalone YA book–a Simon Pulse romantic comedy titled PERFECT SHOT–is due out in the Fall of 2009.

Review (4 Stars): This story was such a sweet love story and I couldn’t get enough of Zora and Owen together.  I loved Zora’s personality and her sassy responses to everything around her.  She had such a caring heart and I loved that Owen saw that in her. Such a great story and I can’t wait to see what Ms. Rigaud puts out next.