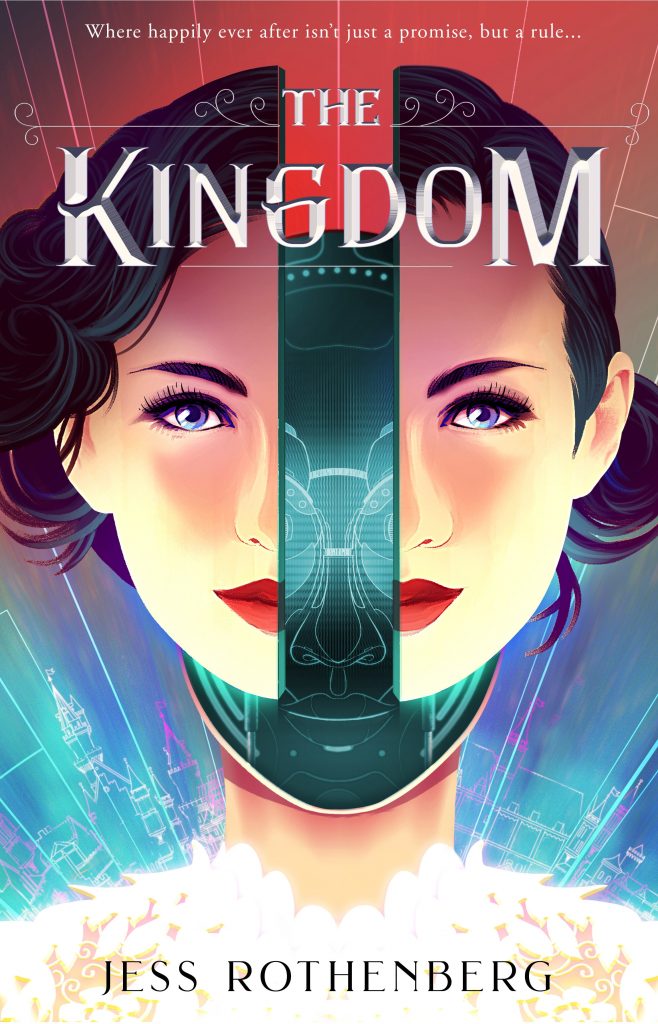 Welcome to the Kingdom… where “Happily Ever After” isn’t just a promise, but a rule.

Glimmering like a jewel behind its gateway, The Kingdom™ is an immersive fantasy theme park where guests soar on virtual dragons, castles loom like giants, and bioengineered species―formerly extinct―roam free.

Ana is one of seven Fantasists, beautiful “princesses” engineered to make dreams come true. When she meets park employee Owen, Ana begins to experience emotions beyond her programming including, for the first time… love.

But the fairytale becomes a nightmare when Ana is accused of murdering Owen, igniting the trial of the century. Through courtroom testimony, interviews, and Ana’s memories of Owen, emerges a tale of love, lies, and cruelty―and what it truly means to be human.

JESS ROTHENBERG is a writer and freelance editor who grew up in Charleston, South Carolina. A former editor of books for young readers, including the #1 International Bestselling Vampire Academy series, Jess lives in New York City with her husband, son, and cat-who-thinks-he’s-a-dog, Charlie. Her debut novel for teens, The Catastrophic History of You & Me, has been translated into more than a dozen languages.

Review of The Kingdom

Review (4 Stars): The Kingdom is waiting.  Ms. Rothenberg has created a literary world where everything isn’t what it seems and there is a darkness beneath the beauty.  The story follows Ana, a Fantasist, that is on trial for murdering one of the staff of The Kingdom.  She is bioengineered to make dreams come true but when she meets Owen, she finds that she has feelings that she has never felt before. We learn slowly that beneath the glitz and glamour of The Kingdom, something sinister is taking place and Ana has to deal with the aftermath.

This book brought so many feelings for me.  Ana was created to be able to make all the guests dreams come true.  Beautiful, smart and programmed to be perfect, but Ana finds that when she feels love, her programming changes.  She sees that not everything is perfect and slowly her “sisters” fight against their programming after certain incidents occur in the park.

The Kingdom was thought-provoking on so many levels.  Ana and her sisters were treated cruelly by staff as well as the Investors of the Kingdom.  They were treated as objects for the entertainment of others and this made me think about how women are treated today, which broke my heart even more. This book will stick with me for quite some time.