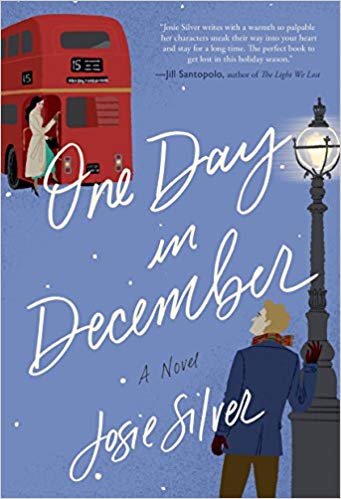 About One Day in December

Laurie is pretty sure love at first sight doesn’t exist anywhere but the movies. But then, through a misted-up bus window one snowy December day, she sees a man who she knows instantly is the one. Their eyes meet, there’s a moment of pure magic…and then her bus drives away.

Certain they’re fated to find each other again, Laurie spends a year scanning every bus stop and cafe in London for him. But she doesn’t find him, not when it matters anyway. Instead they “reunite” at a Christmas party, when her best friend Sarah giddily introduces her new boyfriend to Laurie. It’s Jack, the man from the bus. It would be.

What follows for Laurie, Sarah and Jack is ten years of friendship, heartbreak, missed opportunities, roads not taken, and destinies reconsidered. One Day in December is a joyous, heartwarming and immensely moving love story to escape into and a reminder that fate takes inexplicable turns along the route to happiness.

“Josie Silver writes with a warmth so palpable her characters sneak their way into your heart and stay for a long time.”—Jill Santopolo, New York Times-bestselling author of The Light We Lost (a Reese Witherspoon Book Club Pick) 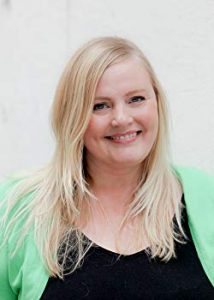 JOSIE SILVER is an unashamed romantic who met her husband when she stepped on his foot on his twenty-first birthday. She lives with him, her two young sons, and their cats in a little town in England called Wolverhampton.

Review One Day in December

Review (5 Stars):  One Day in December was a beautifully written love story about missed connections.  Laurie and Jack first connected with one another on a snowy day in December when they made eye contact on a bus.  Jack missed getting on Laurie’s bus and Laurie spent the entire year looking for the “mysterious bus guy” until he came to her house as her friend’s new boyfriend.

For the next ten years, these two characters spent their lives wondering what would have happened if Jack had gotten on the bus that day because something always seemed to get in the way of them being together.  By the end of this story, I was in tears because they always loved each other and sometimes things happen for a reason.  This was an amazing love story and definitely shouldn’t be missed.

One Response to “Blog Tour & Review: One Day in December by Josie Silver”