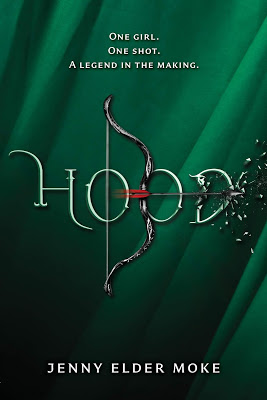 Synopsis:
You have the blood of kings and rebels within you, love. Let it rise to meet the call.
Isabelle of Kirklees has only ever known a quiet life inside the sheltered walls of the convent, where she lives with her mother, Marien. But after she is arrested by royal soldiers for defending innocent villagers, Isabelle becomes the target of the Wolf, King John’s ruthless right hand. Desperate to keep her daughter safe, Marien helps Isabelle escape and sends her on a mission to find the one person who can help: Isabelle’s father, Robin Hood.
As Isabelle races to stay out of the Wolf’s clutches and find the father she’s never known, she is thrust into a world of thieves and mercenaries, handsome young outlaws, new enemies with old grudges, and a king who wants her entire family dead. As she joins forces with Robin and his Merry Men in a final battle against the Wolf, will Isabelle find the strength to defy the crown and save the lives of everyone she holds dear?

She thought of her mother in full prioress regality, stern and powerful and threaded through with iron, and wished for her strength.

Her mother moved like a wraith, swift and silent, her footfalls light and instinctive.

Tell him the Wolf has returned. 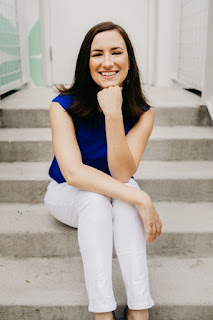 Jenny Elder Moke writes young adult fiction in an attempt to recapture the shining infinity of youth. She was a finalist in the 2017 Austin Film Festival Podcast Competition, and studied children’s writing with Liz Garton Scanlon.
When she is not writing, she’s gathering story ideas from her daily adventures with her two irredeemable rapscallions and honing her ninja skills as a black belt in Tae Kwon Do. Jenny lives in Austin, TX with her husband and two children.
Her debut novel, HOOD, about the daughter of Robin Hood and Maid Marien, will release from Disney/Hyperion in Spring 2020. She is represented by Elizabeth Bewley of Sterling Lord Literistic.

Review (5 Stars):  Hood was a delightful story filled with adventure, mystery and a young woman’s journey to prove to herself that she has what it takes.  Isabelle is the daughter of the infamous Robin Hood and must find him to save the people that she loves from the man that would like to see them all dead.  I loved following Isabelle as she races against time and a wide of array of characters to find her father.  She had so many doubts about herself in the beginning of the story and I loved watching her character grow after everything she had been through.  Robin Hood has always been one of my favorite stories and I thought that Hood was a fun way to pay homage to the story that I had grown up with.  Can’t wait to see what this author comes up with next.