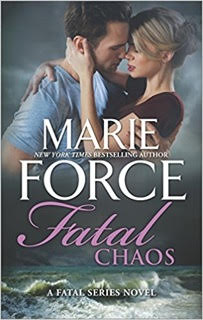 First the calm. Then the storm…

Escaping DC during the dog days of summer is one of the smartest moves Washington metro police lieutenant Samantha Holland ever made. Beach walks aren’t quite as romantic with the Secret Service in tow, but Sam and her husband, Vice President Nick Cappuano, cherish the chance to recharge and reconnect—especially with a scandal swirling around the administration.

No sooner are they back home than a fatal drive-by shooting sets the city on edge. The teenage victim is barely older than Sam and Nick’s son, Scotty. As more deaths follow, Sam and her team play beat the clock to stop the ruthless killers. With Nick facing his greatest challenge—one that could drastically change all their lives and even end Sam’s career—will the mounting pressure deepen or damage their bond? 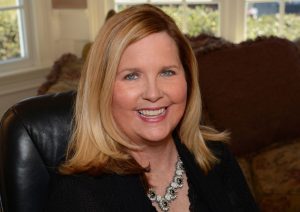 Review (4 Stars): Fatal Chaos was a well-written tale of suspense that will keep you on the edge of your seat.  Samantha Holland and her husband have just returned from a peaceful vacation at the beach, when she is faced with a new case.  A fatal drive-by shooting whose victim is not much older than Samantha’s own son and her team is on a race against the clock to decipher the clues to track the killers before they add another victim to their list.

This is the first book that I’ve read from Ms. Force and I quickly learned that this story is the recent installment in a big series for these characters.  With that said, I was quickly able to follow along with Samantha’s storyline and didn’t feel as though I had missed to much from not reading the previous books.

I enjoyed Fatal Chaos and felt that this mystery was well-written with very likable characters.  I’m interested in reading more about the events that occurred with Nick and the President in the previous book as well as the first book in the series to see where everything started.