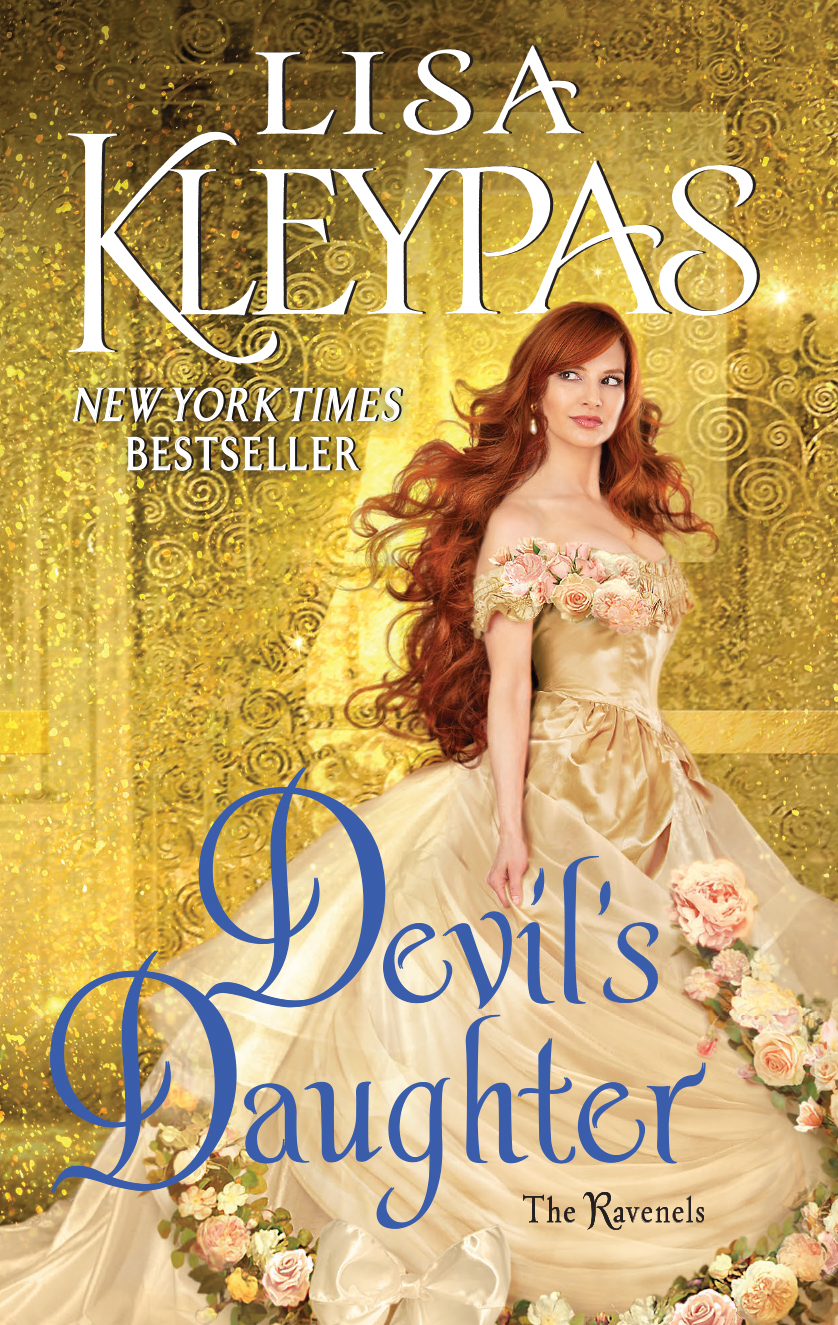 Although beautiful young widow Phoebe, Lady Clare, has never met West Ravenel, she knows one thing for certain: he’s a mean, rotten bully. Back in boarding school, he made her late husband’s life a misery, and she’ll never forgive him for it. But when Phoebe attends a family wedding, she encounters a dashing and impossibly charming stranger who sends a fire-and-ice jolt of attraction through her. And then he introduces himself…as none other than West Ravenel.

West is a man with a tarnished past. No apologies, no excuses. However, from the moment he meets Phoebe, West is consumed by irresistible desire…not to mention the bitter awareness that a woman like her is far out of his reach. What West doesn’t bargain on is that Phoebe is no straitlaced aristocratic lady. She’s the daughter of a strong-willed wallflower who long ago eloped with Sebastian, Lord St. Vincent—the most devilishly wicked rake in England.

Before long, Phoebe sets out to seduce the man who has awakened her fiery nature and shown her unimaginable pleasure. Will their overwhelming passion be enough to overcome the obstacles of the past? Only the devil’s daughter knows…

New York Times bestselling author Lisa Kleypas graduated from Wellesley College with a political science degree. She’s a RITA award-winning author of both historical romance and contemporary women’s fiction. She lives in Washington State with her husband Gregory and their two children.

Review (4.5 Stars):  Devil’s Daughter was a delightfully enchanting story about finding love when you least expected it.  Phoebe lost her husband to illness and never expected to meet the man that bullied her husband during his school days, let alone be attracted to him.  The chemistry between these two characters was off the charts and West admitted that he wasn’t the greatest person while growing up.

Ms. Kleypas writes amazing stories that will capture your heart and leave you wanting more.  Devil’s Daughter was one of those wonderful romances that you can never get enough of and I can’t wait to read her next one.