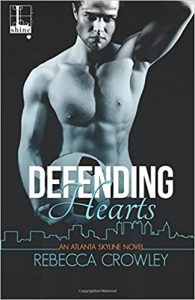 When The Pitch Gets Personal

Atlanta Skyline’s star Swedish wingback Oz Terim-or as the fans call him, the Wizard-has an airtight plan for his life, his career, even his meticulously renovated house, but he barely gives a thought to the Islamic faith he inherited from his Turkish parents. So no one’s more surprised than he is when he’s the victim of anti-Muslim hate crime. Refusing to take the threat seriously, he resists the security detail Skyline insists on . . . until he meets Kate Mitchell. There’s no room for her in his plan and she’s the exact opposite of what he wants. Then why can’t he keep his hands off her?

After ten years in the military-and getting fired from her first post-Army job in Saudi Arabia-Kate Mitchell has slunk home to her Georgia roots. Private security isn’t the career she dreamed of, nor is she thrilled to work with an uptight professional athlete who plays a sport she has no interest in. She never expected to be attracted to him-or for him to fall for her, too. As their opposite lives tangle up-and the threat against Oz grows more serious-Kate has to decide who she wants to be in life and in love. 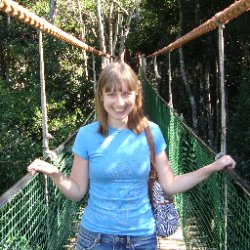 Rebecca Crowley inherited her love of romance from her mom, who taught her to at least partially judge a book by the steaminess of its cover. She writes contemporary romance and romantic suspense with smart heroines and swoon-worthy heroes, and never tires of the happily-ever-after. Having pulled up her Kansas roots to live in New York City and London, Rebecca currently resides in Johannesburg, South Africa.

Review (4 Stars):  Defending Hearts was a sweet romance for me because you could see that these two characters truly cared about one another and that each of them worried about how their backgrounds might affect their relationship with one another. Oz and Kate were exact polar opposites and because of this, they fought the chemistry they had with one another until it couldn’t be denied anymore.  Kate was the perfect person to help Oz deal with his security threat even when he didn’t want to admit that his life was in jeopardy because of his beliefs.  I loved watching these two characters grow over the course of this well-written story and I can’t wait to see what Ms. Crowley comes up with for the next book in the series.