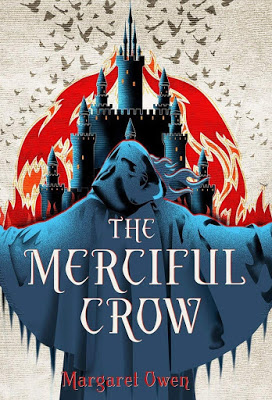 Synopsis:
A future chieftain
Fie abides by one rule: look after your own. Her Crow caste of undertakers and mercy-killers takes more abuse than coin, but when they’re called to collect royal dead, she’s hoping they’ll find the payout of a lifetime.
A fugitive prince
When Crown Prince Jasimir turns out to have faked his death, Fie’s ready to cut her losses—and perhaps his throat. But he offers a wager that she can’t refuse: protect him from a ruthless queen, and he’ll protect the Crows when he reigns.
A too-cunning bodyguard
Hawk warrior Tavin has always put Jas’s life before his, magically assuming the prince’s appearance and shadowing his every step. But what happens when Tavin begins to want something to call his own?

Drawing a blade on the wrong noble could start a civil war.
They don’t chase fights they can’t win
Do we need a healer? Because it sounds like someone is getting skewered.
When you act in anger, you have already lost your battle 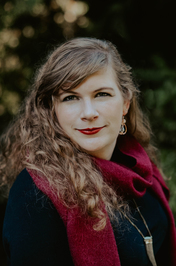 Born and raised at the end of the Oregon Trail, Margaret Owen spent her childhood haunting the halls of Powell’s Books. After earning her degree in Japanese, her love of espresso called her north to Seattle, where she worked in everything from thrift stores to presidential campaigns. The common thread between every job can be summed up as: lessons were learned.
She now spends her days wrestling disgruntled characters onto the page, and negotiating a long-term hostage situation with her two monstrous cats. (There is surprisingly little difference between the two.)

Review of The Merciful Crow

Review (4.25 Stars):  The Merciful Crow kept me on the edge of my seat with its well-written story and a strong heroine that you will instantly be rooting for.  Fie was part of a group called The Crows, whose job it was to come and take the bodies that succumbed from the deadly plague.  Even though The Crows perform the duty that no one else wants, they are treated horribly by their fellow citizens.  When Fie’s father makes a deal to protect the prince, everything changes and puts everyone she cares about in jeopardy.

This was a great start to a brand new series and I can’t wait to see what happens for Fie in the next book.  She had already lost so much at the beginning of this story and by protecting the prince and his body double, she puts her own life in jeopardy.  This story was well-written, suspenseful and I couldn’t keep turning the pages fast enough.  I still have to process everything that happened and I know that Fie will always do what is expected of her. 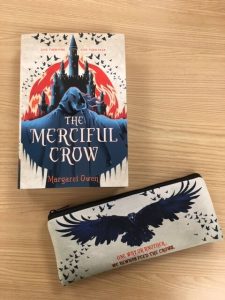