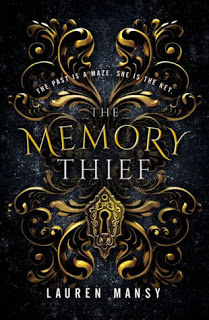 In the city of Craewick, memories reign. The power-obsessed ruler of the city, Madame, has cultivated a society in which memories are currency, citizens are divided by ability, and Gifted individuals can take memories from others through touch as they please.

Seventeen-year-old Etta Lark is desperate to live outside of the corrupt culture, but grapples with the guilt of an accident that has left her mother bedridden in the city’s asylum. When Madame threatens to put her mother up for auction, a Craewick practice in which a “criminal’s” memories are sold to the highest bidder before being killed, Etta will do whatever it takes to save her. Even if it means rejoining the Shadows, the rebel group she swore off in the wake of the accident years earlier.

To prove her allegiance to the Shadows and rescue her mother, Etta must steal a memorized map of the Maze, a formidable prison created by the bloodthirsty ruler of a neighboring Realm. So she sets out on a journey in which she faces startling attacks, unexpected romance, and, above all, her own past in order to set things right in her world.

A society is only as strong as the morality of its citizens, and we must protect the wisdom of our past to ensure a prosperous future.

Years of their lives gone in a matter of seconds.

Memories are a tricky captor. 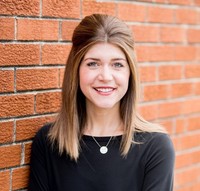 Lauren lives in the Chicago area, where she’s spent years working with youth, from young children to high schoolers. When she’s not writing, Lauren is usually with her family or exploring the city to find the best deep dish pizza. The Memory Thief, which was inspired by Lauren’s own journey with her mother, is her first novel.

Review of The Memory Thief

Review (4 Stars):  The Memory Thief was a very interesting story that hit home for me a bit.  Etta was willing to do whatever it takes to protect her mother from losing her memories and ultimately causing her death from the leader known as Madame. To save her mother, she rejoins a shadow organization that she once betrayed and is in a race against time and learns that things are more than they seem.

My grandmother had dementia before she passed and it hurt knowing that certain memories were locked away, never to return.  For Etta, she is willing to do what she needs to so she can protect the memories that her mother still has from being sold to the highest bidder. This book was filled with adventure, magic and my favorite thing of all, love. Great story.