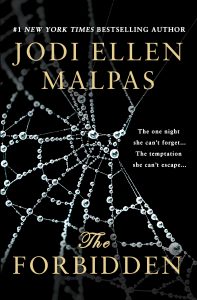 A new story of dangerous temptations from the #1 New York Times bestselling author of the This Man trilogy.

Annie has never experienced the ‘spark’ with a guy – the kind of instant chemistry that steals your breath and blindsides you completely. Until a night out with friends brings her face to face with the wickedly sexy and mysterious Jack. It’s not just a spark that ignites between them. It’s an explosion. Jack promises to consume Annie, and he fully delivers on that promise.

Overwhelmed by the intensity of their one night together, Annie slips out of their hotel room. She is certain that a man who’s had such a powerful impact on her and who could bend her to his will so easily, must be dangerous. But she’s already in too deep. And Jack isn’t only dangerous. He is forbidden.

“Every kiss, every sexy scene, every word between this pair owned a piece of my soul.  I could read this book a hundred times and still react as if it was the first time.  The Protector is a top 2016 fave for me.” –Audrey Carlan, #1 bestselling author of The Calendar Girl series

“Thank you for your help,” I say quietly, studying him, definitely detecting that he’s deep in thought. Don’t ask, don’t ask, don’t ask. I need to get back into my apartment without engaging with him, which could prove tricky when he’s blocking the doorway and looking like he has no intention of shifting to let me in.
“Annie,” he breathes. “I’m struggling so badly.”
“I’m not doing this.” I swallow, pushing my way past him. He grabs me by the top of my arm and holds me in place. “Let me go, Jack.”
“I’ve already told you I can’t do that. Annie, I’m drowning here. I’m going out of my mind, and the more time I spend with you the fucking worse it’s getting. Listening to you, talking to you, sharing a passion with you that goes way beyond the amazing time we had in bed together.”
“You have to forget!” I yell, knowing anger is the only way forward. Be angry with him. Let it dominate me and rule me, because the alternative scares me to fucking death.
He pushes me into the hall and slams the door behind us, forcing me to back up. “No,” he says, straight and even. “No,” he repeats, moving one more step forward, except this time I don’t retreat. Because I can’t.Because he has me locked in place with those grey eyes, and now they’re back to their full glory. Sparkling, even if it’s with anger. He reaches for his shirt and starts unbuttoning it before shrugging it off and throwing it to the floor, revealing the chest that’s haunting me.
I quickly look down at the pile of material, my mind reeling. His chest. His perfect damn chest. “What are you doing?”
“I have no fucking idea.” He reaches for me and slides a hand around my neck, pulling me to him. Our chests meet, and my determination to repel him vanishes under our connection. Wrongs turn into rights. Conflict turns into craving.
“I can’t get you out of my head, Annie.” His forehead meets mine, his palm massaging away the tightness in my neck muscles, softening me up until I relax in his hold. “I want you all over again, and I can’t even find the will to worry about how much more that’ll make me want you.” He breathes down on me. “I’ve played that night on repeat. I’ve dreamed of holding you in my arms again. I’ve craved the sound of your voice, the feel of your touch, the softness of your lips on mine. I know I shouldn’t want you. But I do. Nothing has ever made me feel this insane with need. Nothing has taken up so much space in my head. I can’t fucking help it, Annie.” His grey gaze sinks into me, my heart steadying to an even thrum. His head starts to shake mildly, his splayed hand moving up to the back of my head and fisting my hair. “I don’t want to help it,” he growls. “I want you. I don’t care how wrong it is.” His clenched fist tightens, gripping my hair harshly. “I know I’ve been on your mind since I fucked you every which way in that hotel room. Stop denying it. Don’t insult me and tell me you don’t crave that amazing feeling all over again. I can see it in your eyes every damn time I look into them. You. Want. Me.”
It’s me who moves in first. All me. I lunge forward and smash my lips to his, the magnetic force winning. His words winning. Jack winning. My heart winning. I coax his mouth open with hard, hungry kisses. I’ve lost my mind to a craving too powerful to fight off. And, like Jack, I don’t care how wrong it is.
Lost.
Yet as he walks me backward until my back slams into the wall, I feel found again.
I cry out, and Jack moans. We’re clumsy and desperate. He’s pushing me up the wall with the force of his kiss, then he’s rolling away, taking me with him until it’s his back slamming into the wall. It’s the elevator all over again. The atmosphere is sizzling. I’m on fire. He scoops me up, pinning me to him, and carries me into my bedroom. I focus on him. Only him and the return of feelings that I’ve fantasized about since that unforgettable night. All the guilt is abandoning me, and I let it, unprepared to let anything stop me from taking the forbidden. 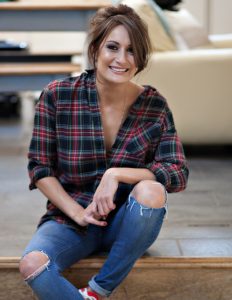 Jodi Ellen Malpas was born and raised in the Midlands’ town of Northampton, England, where she lives with her two boys. Working for her father’s construction business full-time, she tried to ignore the lingering idea of writing until it became impossible. She wrote in secret for a long time before finally finding the courage to unleash her creative streak, and in October 2012 she released This Man. She took a chance on a story with some intense characters and sparked incredible reactions from women all over the world. Writing powerful love stories and creating addictive characters have become her passion, a passion she now shares with her devoted readers.

Review of The Forbidden

Review (4 Stars):  I enjoyed The Forbidden even though its subject matter is a taboo relationship. Annie has the perfect life with her own place, a budding career and wonderful friends.  She just doesn’t have anyone to share it with until she meets Jack.  Jack is the one man who gives her that spark that she has been missing and their chemistry is electric.  The only thing is that Jack has a terrible secret and even though Annie knows she should stay away, but she can’t resist the temptation.

This book was very sexy and I liked the character of Annie.  I didn’t like the secret that Jack was hiding and I was disappointed with the fact that Annie kept going back to him anyway.  These two characters seemed perfect for each other and I wish that these two had met at an earlier time so their relationship wouldn’t be considered forbidden.  Ms. Malpas is a great writer and I still enjoyed the book even with its forbidden aspect.