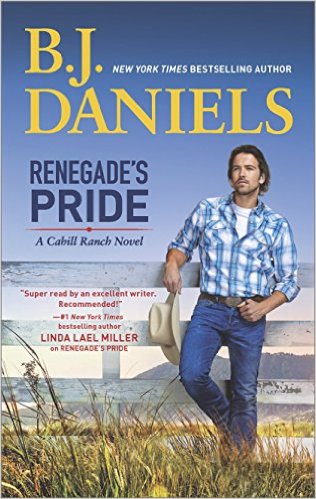 It’s been nine years since Trask Beaumont left Gilt Edge, Montana, with an unsolved crime in his wake, and Lillian Cahill has convinced herself she’s finally over him. But when the rugged cowboy with the easy smile suddenly shows up at her bar, there’s a pang in her heart arguing the attraction never faded. And that’s dangerous, because Trask has returned on a mission to clear his name and win Lillie back.

Tired of running, Trask knows he must uncover the truth of the past before he can hope for a future with the woman he’s never forgotten. But if Lillie’s older brother, the sheriff, learns that Trask is back in town, he’ll arrest him for murder. Now Trask is looking for a showdown, and he won’t leave town again without one – or without Lillie. 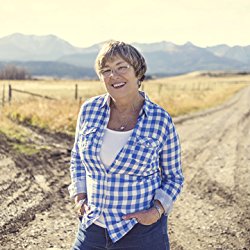 NYT and USA Today Bestselling author B.J. Daniels was born in Texas but moved with her family to Montana at the age of five. Her first home was a cabin in the Gallatin Canyon and later a lake house on Hebgen Lake outside of West Yellowstone.

Most of her books are set in Montana, a place she loves. She lives now in a unique part of the state with her husband and three Springer Spaniels.

When she isn’t writing, she loves to play tennis, boat, camp, quilt and snowboard. There is nothing she enjoys more than curling up with a good book.

Review (4 Stars):  I’m a huge fan of Ms. Daniels’ books and I was very excited to have the opportunity to read the first book in her new Cahill Ranch series.  Trask Beaumont left Montana and the woman he loved nine years ago, after being accused of a murder that he didn’t commit.  Now that he has returned home, determined to clear his name and win back Lillie Cahill, he is on the hunt for answers about what really happened that fateful night. The truth may surprise them all and there is a killer on the loose that wants to keep their secrets hidden even if it means adding another name to their list of victims.

I loved Lillie and Trask’s story and I was hoping that they would find their way back to each other.  These two had tried so hard to move on with their lives but that night had haunted them both for nine long years and they could only get through this together.  I love Ms. Daniels’ writing style and Renegade’s Pride kept me reading well into the night trying to find the same answers that Trask did.  I think that this is a great start to a new series and the members of the Cahill family are definitely a force to be reckoned with.  Can’t wait to read the next book in the series and I’m hoping that Darby will finally find his own happy ending.