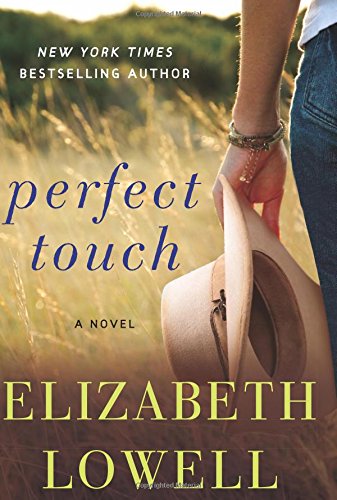 Sara Medina is a designer and art dealer from San Francisco. She matches her clients desires with fine and folk art from the world over–living up to her thriving business named Perfect Touch. She still remembers her rural childhood of hard work and poverty on the family dairy farm, but she keeps it firmly in the past as she searches out new artwork and artists that are on the breaking edge of acclaim. After she experienced the cultural riches San Francisco had to offer, she decided her life would be that of an urban career woman rather than a working mom commuting from the suburbs. With the intensive hours and travel required to grow her business to the next level, she has no time or energy left for romantic or family entanglements.

Jay Vermillion recently inherited Vermillion Sky, a ranch that nestles up to Wyoming’s Grand Teton Mountains–and the estates of the rich and restless. As a returned veteran of numerous deployments over the course of two wars, he finds himself wrestling with the demands of a ranch that has been run down during his father’s long illness. Between the urgent need to modernize and revitalize the Vermillion Sky, as well as an unexpected and vicious fight with his former stepmother over the custody of now-valuable paintings that were part of his father’s estate, Jay has no time for finding a wife and creating a sixth generation of Vermillions to ensure the family legacy continues.

When Jay hires Sara to appraise and market his father’s cache of paintings by Harris “Custer” Armstrong, neither one expects the explosive results of their eventual meeting in Jackson, Wyoming. In addition to a mutually inconvenient attraction, they a discover double murder at the edge of the ranch lands and a potential betrayal even closer to home. All trails lead to Custer’s artworks as valuable enough to kill for, especially an unknown painted rumored to be called The Muse.

As Sara and Jay unravel the motive for the killings, they both discover that love, like murder, doesn’t wait for a convenient time. On the heels of that soul-shattering realization, Sara is targeted for murder. Suddenly, the war-weary soldier finds something he is once again willing to die for…

Even as that irritated thought crossed her mind, she hesitated. The call could be from Jay Vermilion, the man who had dozens of fine art paintings that could kick her career up to the next level. Paintings with the potential to be so valuable that they’d been the part of a hotly contested divorce settlement for more than a decade.
Maybe, just maybe, she thought, one of those paintings is the fabled Muse, the only portrait painted by Custer.
That would explain why the legal battle had even outlived the original owner of the paintings, JD Vermilion. JD had passed away several months ago, and his much-younger ex-wife, Liza, was suing JD’s estate to gain access to the art her former husband had begun collecting before she’d even been a teenager in braces. With the passing of her ex, Liza had simply turned her lawyers loose on the primary heir to JD Vermilion’s estate—his son Jay.
Sara’s mouth curved slightly as she continued walking. I’ve never met the infamous Liza Neumann, once Vermilion. But with possession being nine-tenths of the law, I’d put money on Captain Jay Vermilion keeping his ex-stepmother’s grasping hands off the undiscovered Armstrong “Custer” Harris paintings in the future, as well.

The retired army veteran who had recently inherited the family ranch—the fruit of generations of his Vermilion ancestors—had a grit and determination to him that came right through the phone line.

You haven’t even met the man, Sara reminded herself. She fished the cellular out of her tight front pocket at last, glanced at it, and saw the call had gone to voicemail. She palmed the phone and gave a mental shrug. It wasn’t a Wyoming number calling, which meant it wasn’t the Sheriff.

Think of the good Captain like any other potential client who calls you during business hours to get advice on Western art, she told herself firmly.
Impossible.
Jay Vermilion might be a potential client, but he was also the man she had been talking to half the nights for the past few months. At first it had been all business, but somehow the conversations had quickly evolved into … more.
I don’t know how I could talk about myself and my work and my dreams like that with someone I’ve never met. And he talked to me, too, about the ranch and weather and the Western woman he hoped to find and marry and beget the seventh generation of Vermilions.

We have such different lives and goals, it’s surprising we had so much to talk about in the first place. 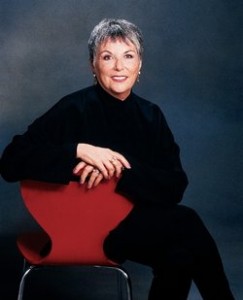 Elizabeth Lowell’s exciting novels of romantic suspense include New York Times Bestsellers: Dangerous Refuge, Beautiful Sacrifice, Death Echo, The Wrong Hostage, Amber Beach, Jade Island, Pearl Cove, and Midnight in Ruby Bayou. She has also written NYT best-selling historical series set in the American West and Medieval Britain. She has more than 80 titles published to date, with over 24 million copies of her books in print. She lives in the Sierra Nevada Mountains with her husband, with whom she writes novels under a pseudonym. Her favorite activity is exploring the Western United States to find the landscapes that speak to her soul and inspire her writing.

Review (3.75 Stars) This book hooked me from the very beginning with smart, sexy dialogue and a suspenseful mystery to keep you on the edge of your seat.  Sara and Jay had this instant chemistry with one another and they made a great team trying to discover who was responsible for the murders on his ranch and why his family was being targeted.  The connection they had with one another was so sexy and hot that you could definitely feel the heat coming from the pages.

Perfect Touch is an entertaining thrill-ride of a mystery with strong complex characters and well-written story line.  I enjoyed every minute of this book and I couldn’t help but love Sara and Jay together as a couple.  Ms. Lowell is a new author to me and I’m looking forward to seeing what great story she will come up with next.