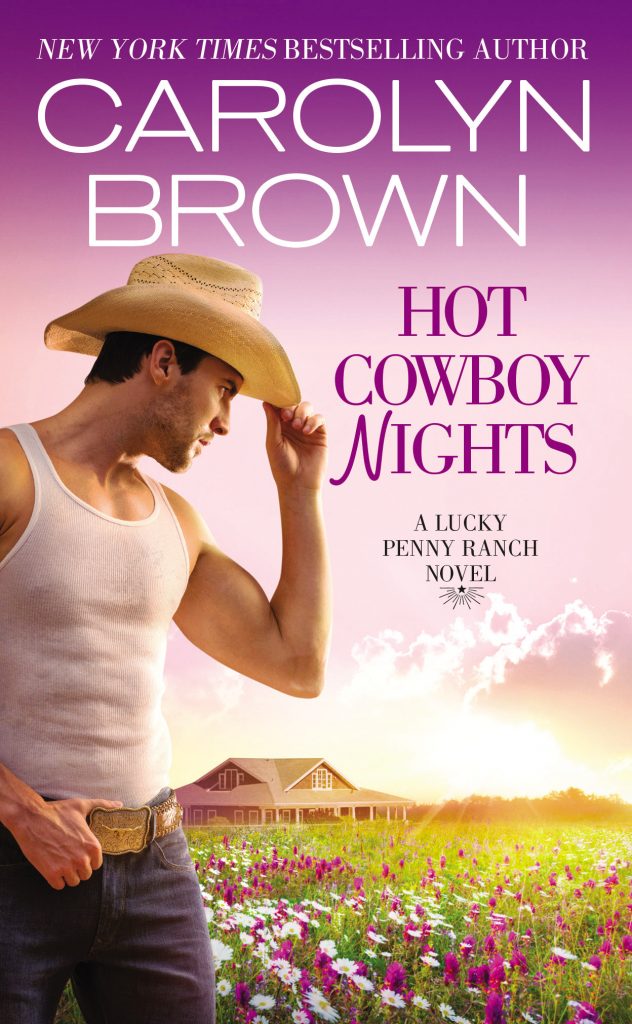 Let’s give ‘em something to talk about…

If gossip is the lifeblood of a small town, then Lizzy Logan has been its beating heart. After being dumped by her fiancé for another woman, she could have decided to crawl under a rock. But no, she’d rather really set tongues wagging by “moving on” with one of the hottest cowboys in Texas, who happens to live next door at the Lucky Penny Ranch. Those busybodies don’t have to know it’s actually all pretend. And just because Lizzy has no aim to tame her wild, blue-eyed neighbor doesn’t mean she can’t enjoy the ride of her life.

Toby Dawson never was and never will be the settling-down type. But what harm could there be in agreeing to be Lizzy’s pretend boyfriend? They’ll put on a show for a few weeks and be done. Yet the more he gets to know Lizzy-really know her-the harder it is for him to keep his hands off of her in private. Soon this rough-and-ready cowboy is hoping to heal Lizzy’s bruised heart and turn their fake affair into a true romance… 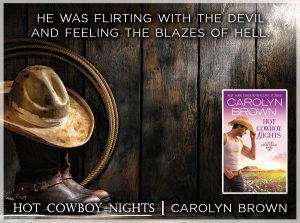 Lizzy let herself into the house quietly and went straight to her room. She heard the rattle of glass as her mother unloaded the dishwasher,but Lizzy didn’t want to talk to or see anyone that night. Especially her mother. Mama would’ve immediately sniffed out the lie, and the house would have exploded if Lizzy had admitted that she’d been screwing around with Toby Dawson almost every day for three weeks.
It was nothing short of a miracle that they hadn’t gotten caught. Already the rumors were hovering like buzzards  waiting for roadkill. From day one the Lucky Penny couldn’t buy an ounce of good luck, and everything that happened on the ranch was fodder for the gossip mill. Half the folks in Dry Creek,Texas, were hoping that Blake and his family joined the long list of owners who failed at trying to make the Lucky Penny a profitable ranch. The other half was rooting for the three Dawsons—Blake,Toby, and their cousin, Jud, who would be joining them in the fall.
Lizzy pulled off her boots, kicked them somewhere close to the closet door,and changed into a faded nightshirt that she pulled from last week’s laundry still tossed in the rocking chair in the corner. Cleanliness was a virtue, according to the Good Book, but neatness was not mentioned. Unlike her sisters, Allie and Fiona, Lizzy must have been out chasing butterflies or playing with baby lambs when they passed out neatness because she didn’t get a bit of it.
She fell back on the bed, legs dangling off the side and her head nowhere near a pillow. Staring at the ceiling with nothing but the small bedside lamp to light the room, she let the past run through her mind again for the hundredth time since Mitch had called to tell her he loved another woman. He and the preacher’s daughter had decided to become missionaries, and he would preach at the little church they’d gone to Mexico to build.
Her world had shattered. And then Toby had taken her in his arms at Blake and Allie’s wedding and she realized may be all wasn’t over for her after all. He’d charmed her and made her feel alive again—like a woman to be desired. It hadn’t ended with the dance but they’d talked on the phone, exchanged text messages, and when he moved to town they were both primed and ready for a hot little affair.But that night when Allie told them she was having a girl,Lizzy knew it was time to end the secretive, wild nights.
Lizzy crawled under the covers and turned out the light.
So which was she?A sweet little preacher’s-wife type who would let her husband lead her around by his every whim, like she’d been with Mitch?Or a brazen hussy, like the loose women who’d founded Audrey’s Place, who took what she wanted from life and didn’t have any regrets?
She’d far rather be the latter if she had to choose. She’d come out of the Mitch experience a stronger woman than ever, and she’d been honest when she told Toby that it hadn’t made her shy away from guys in general. And it damn sure hadn’t made her feel sorry for herself. It had taught her to be brutally honest and not let anyone try to change her into something she wasn’t.
She picked up her phone to check for a sexy text message from Toby,but there was nothing. Nada. Nil. Zilch. Not a single missed message. Finally she wrote one to him:Changed my mind. See you tomorrow at six at Mama’s store.
With one thumb on the delete button and the other on the send button, she sat there in the darkness, her body telling her to send the message and her heart telling her that she was in for misery if she didn’t press delete.

New York Times and USA Today bestselling romance author and RITA® Finalist, Carolyn Brown, has published more than sixty books. Brown presently writes both women’s fiction and cowboy romance. She has also written historical single title, historical series, contemporary single title and contemporary series. She lives in southern Oklahoma with her husband, a former English teacher, who is not allowed to read her books until they are published. They have three children and enough grandchildren to keep them young. For a complete listing of her books (series in order) check out her website at www.carolynlbrown.com

Review (4 Stars):  I loved Lizzy and Toby together as a couple!!!!  Hot Cowboy Nights was a sweet and sexy cowboy romance that made me want a cowboy of my own.  Lizzy is dealing with heartbreak after her ex-fiancé left her for another woman when she meets Toby, the sexy cowboy who lives next door.  The two of them start a sexy secret romance but both know that they each have different plans for the future.  When Lizzy’s ex comes back to town, Toby agrees to make their secret romance public just for a few weeks so it looks as though Lizzy has moved on to greener pastures.  What both soon discover is that this fake romance leads to some very real feelings and Toby finds that Lizzy may just be what he has been looking for after all.

Lizzy deserved to find some true happiness in her life after the heartbreak from her ex-fiancé in Wild Cowboy Ways.  She was very straight-laced, prim and proper so she definitely needed to walk on the wild side with Toby.  He showed her what it felt like to wanted and loved, which made me like him all the more.  Toby was used to having fun and then moving on but Lizzy showed him that he could have passion, fun and settle down at the same time.  These two had great sexual chemistry with one another and I can’t wait to see who finds their happy ending next in book number three. 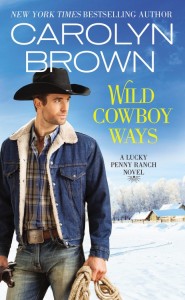