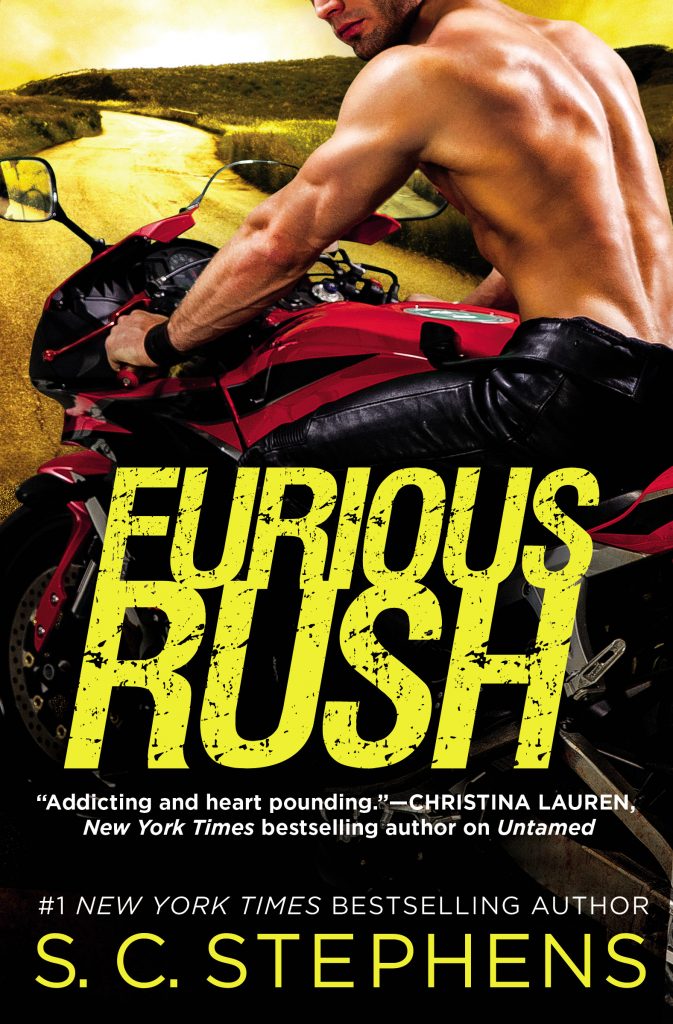 The first in an emotion-fueled, New Adult series from the #1 bestselling author of the Thoughtless novels!

Too fast, too furious—and way too hot to handle…

Mackenzie Cox has a lot to prove. Daughter of a racing legend, she is eager to show the world that she has inherited her father’s talent in the male-dominated sport of professional motorcycle racing. The last thing Kenzie needs is to be antagonized by her rival team’s newest rider, Hayden Hayes. Plucked from the world of illegal street racing, Hayden immediately gets under Kenzie’s skin. His insinuations that Kenzie is a spoiled princess who was handed her career fuels her desire to win, and much to her surprise, Kenzie soon learns she performs better when she’s racing against Hayden.

As Kenzie and Hayden push each other on the track, the electric energy between them off the track shifts into an intense—and strictly forbidden—attraction. The only rule between their two ultra-competitive teams is zero contact. Kenzie always does her best to play by the rules, but when her team slips into a financial crisis, she has no choice but to turn to Hayden for help. The tension simmers during their secret, late-night rendezvous, but Kenzie has too much to lose to give in to her desires. Especially when she begins to doubt that Hayden has completely left his street life behind…

“Do you have any idea who this guy is, and why the hell he’s on our track?”
Myles tilted his head as he thought. “Don’t know, but if he’s on the track before noon, your dad must have hired him. The Bennetis know not to break that rule. Not after what happened last time.”
The last time a Benneti stepped foot on our track before they were allowed to, that Benneti had found himself duct-taped to the flagpole in the middle of the track. Naked. Of course, the Benneti team had gotten us back by breaking all the windows in the garage doors. They were still boarded over, since we couldn’t afford to fix them yet. For the sake of our bank account, Dad had ordered every Cox racer not to continue the paybacks, no matter how warranted they were.
Ignoring Myles’s chuckle, I renewed my inspection of the racer. The new rider was fast, and ridiculously good—his setup on the corners was perfectly timed, and he kept his body low, hanging off the bike so that nothing was over the center line but his outside arm and leg; his “triangle of daylight”—the space between his inside knee and the bike—was so beautiful that Dad would probably photograph it and hang it on his office wall. Considering the furious competition at the professional level—races were won or lost by mere seconds—and considering how much time, energy, and resources were spent on training new riders, I wasn’t too surprised this guy was top-notch. With the upcoming racing season so close, any person Dad brought onto our team would be impressive. Dad wouldn’t settle for anything less than amazing; he couldn’t afford to. Yet another reason I was feeling a profound pressure to perform. There was no free ride for Jordan Cox’s daughter; I had to earn my place, same as everyone else.
When number 43 finally finished his set and slowed to exit the track, Myles let out a low whistle. “Not bad. He reminds me of you.” Frowning, I peeked up at him. His dark eyes sparkled with amusement. “No guts, no glory, balls-to-the-wall racing, like you have something to prove every time you go out there.” He raised a dark eyebrow at me, but I remained silent. Having to prove myself was a daily occurrence, and Myles knew that.
The rider exited the track at the same place where we were standing with our bikes. He slowed to a stop directly in front of us, shut off his motorcycle, and removed his helmet. My jaw dropped to my chest, and my eyes bugged out of my skull. No. It was not possible. But the long-dulled desires starting to tingle back to life at just the sight of him told me it was possible. The man who was proudly wearing the number 43 was the same drop-dead-gorgeous man who’d won the street race early this morning. What the hell was he doing here—on my turf—looking for all the world like he belonged?
In the bright sunshine, I could see that his eyes were actually a light shade of green. There was a devious glint in them that silently promised that every day with him would be even more intriguing than the last. Add that to his dirty-blond hair, rugged jawline, perfect bone structure, athletic build, and perfectly full lips that hinted at a treasure trove of untold pleasures, and you got a man who attracted a lot of attention everywhere he went—as I’d witnessed last night by the swarm of groupies surrounding him while he’d been illegally racing.
No way. There was no way Dad had hired this guy!
Hopping off his bike, the stranger ran a hand through his sweat-soaked hair. The shaggy strands were sticking up every which way now, and the chaotic hairstyle was too damn appealing. A small groan slipped from me in my shock. Get it together, Kenzie.
His emerald eyes swung my way, taking me in, and I held my breath and stood a little straighter. Did he recognize me like I recognized him? Did I want him to? Damn it . . . what was his name again? And why the hell did he have to have such incredible eyes? Green with flecks of gold, penetrating and intense, like when he was looking at you—truly looking at you—nothing else around him mattered. I could easily picture him studying the track with that unrelenting gaze. I could also picture him studying my curves with that superheated stare. Goddammit, no. This couldn’t seriously be happening. 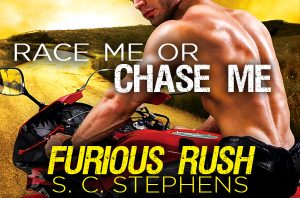 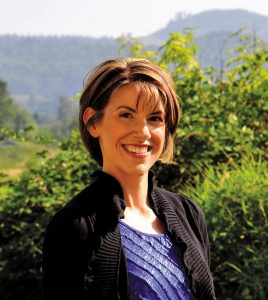 S. C. Stephens is a #1 bestselling author who spends her every free moment creating stories that are packed with emotion and heavy on romance. In addition to writing, she enjoys spending lazy afternoons in the sun reading, listening to music, watching movies, and spending time with her friends and family. She and her two children reside in the Pacific Northwest.

Review: (4 Stars): This was emotionally charged romantic ride of a book that left me breathless.  Mackenzie Cox has a lot to prove in the male-dominated sport of motorcycle racing and is doing her best to prevent her dad’s business from falling apart.  She meets the competition, Hayden Hayes, and sparks fly but not in a good way.  This guy is cocky and arrogant and Mackenzie can’t help but be competitive with him whenever he is around. As these two push each other on the race track, feeling emerge and Kenzie must chose between her family or the new man in her life.

This book had everything for me.  A likeable heroine and a sexy man riding motorcycles, which made it a winner for me.  When these two initially met, there was a lot of chemistry but Hayden came off as very arrogant and a jerk.  Thankfully, he grew on me and I could definitely see why Kenzie began falling for him.

Furious Rush is the first book in a brand new series and I’m definitely hooked.  The writing style, chemistry and characters made this a very entertaining read and I’m so excited to see where it goes from here.