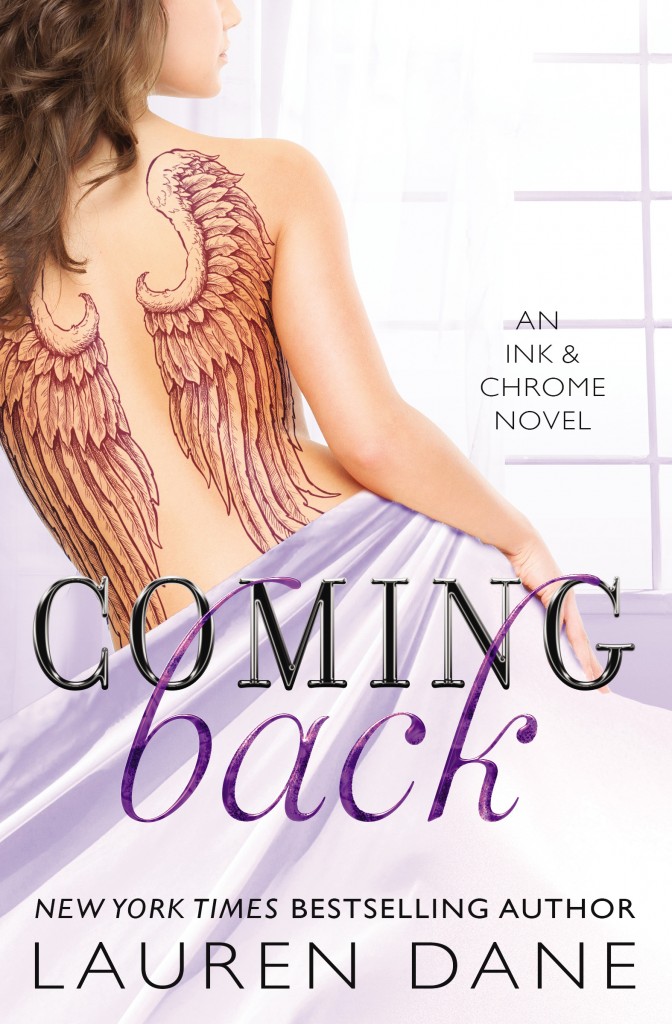 Mick Roberts, the newest partner at Twisted Steel’s custom hotrod and motorcycle shop, looks like a man with everything. But secretly he still craves the connection he lost when his best friend Adam and the love of his life Jessilynn walked out. Then, he wasn’t ready for the pleasure they promised. Now, things have changed.

Rich, powerful, and insatiable, Adam Gulati is used to getting what he wants. And there’s nothing he wants more than Mick and Jessi. He hasn’t seen either in over a year, but the second he sets eyes on them again his memories-and his desires-can’t be denied.

After trying to live without them, Jessi Franklin realized no one else can satisfy her like Adam and Mick. The three of them need one another-in more ways than one. It’s time to stop pretending and submit to the hunger they all share. But once they go down this road, there’s no turning back. As deeply devoted as they are, no one knows what great bliss their forbidden fantasy will find-or the price they may pay . . . 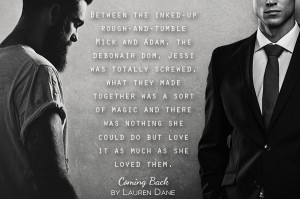 *EXCERPT*
“Things just unraveled for me when Mick left. Watching Jessi try to process, trying to be there for her and not managing it very well. I felt like an asshole, felt like I’d been tossed away. Felt like I needed to be someone else to see if that’s what I should do for the rest of my life,” Adam said.
His leaving—the way he’d done it—had been a way to allow himself the space to take what he wanted and gorge on it.
Jessi lifted her face from where she’d been buried in Mick’s shirt, locking her gaze on his.
Adam hated that she’d been hurt. Hated that it had been necessary in any case, to step away and be Adam in a completely different context.
“And did you like what you found?”
Adam took her hand. “It was something I had to do. I’m back to you now. For keeps.”
Which didn’t make it any less harsh, he knew. He had a lot of fucking sins to make up for when it came to Jessilyn Franklin. He just had to hope he was man enough to do what it took.
And that she found it within her heart to understand. One day.
As for Mick, that was still complicated, only in a different way.
“For keeps like we’re all close friends again? We hang out and share our lives?” Mick asked, wariness in his voice.
Jessi wore the sweetest confused expression, and Adam refused to think about how terrifying it was that she got to him the way she did just by being herself.
“I didn’t want to assume,” Adam said.
Jessi rolled her eyes. “You realize that all three of us showed up after years of being apart. We all clicked back together pretty much immediately. And now it’s like we’re all shy? After all we’ve shared? That’s what this is, then? We’re all friends but not like before? We just forget those times? You two want to see other people?”
“Is that what you want?” Adam asked carefully.
“You left, Adam. After you left, Mick. I didn’t want to walk away. You two did. So asking me that question sort of makes me mad.”
“You’re the one who lived with someone else and was going to get married,” Mick mumbled.
“You guys are such assholes sometimes. Despite what you both put me through, I accept that you needed to step away. But you come back to me with this? No, thank you. If you want to just be friends, all right. I can deal. But you need to be up front and you can’t be kissing my fingers and Mick needs to stop grinding his cock into my ass. Friends don’t do that.”
“I just wanted you to know I didn’t expect you to hop into bed or anything. I didn’t want to assume,” Adam repeated.
Jessi looked up to Mick. “And you?”
Mick was smarter than Adam, though, because he hugged her tight. “If it was up to me, I’d want us to all be together. Really together.”
“Suck up.” Adam rolled his eyes.
“She’s on my lap though, so I declare that a win.”
Adam reached out to snatch her from Mick’s lap, bringing her to his own. “Looks like she’s in my lap now.”
“Something friends don’t do,” Jessi reminded him. Adam took her cheeks in his hands and then claimed her mouth before she could say anything else.
It slammed into him so hard—a wave of regret that he’d put this aside—that he gasped, sucking in the sigh she gave him.
A sweet enough kiss.For now. Hunger, barely leashed, filled him. He wanted. Wanted what had been freely offered before he’d truly understood how rare and special it was.
“I’m always your friend,” he spoke against her mouth. “But I’d be a liar if I claimed I didn’t want everything from you. Being away from you only underlined it.”
“I was so lonely without you both.” She closed her eyes a moment to avoid his seeing all that pain, but he saw it, felt it cut him to the bone.
“I’m sorry. I was lonely too.” Adam had filled every moment with a pursuit of pleasure, but this was something totally different. Something he might not have really recognized if he hadn’t been without it.
But what he did see was he’d have a job of earning her trust back, even if she was being easy enough right then. 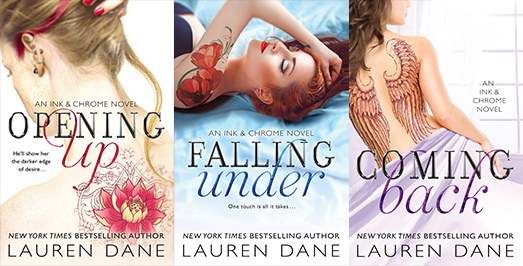 The men of Twisted Steel are great with their hands. And they’re not afraid to get dirty.

Duke Bradshaw, co-owner of the Twisted Steel custom motorcycle and hot rod shop, may devote his days to chrome and leather, but his nights belong to Carmella. His sultry redheaded neighbor has a smile like an angel and a body built for sin, and for the past year both have dominated Duke’s dreams. When a problem at Twisted Steel requires a fast fix, Duke sees his chance to finally make his fantasy a reality.

Ever since she first heard the low rumble of his engine, Carmella Rossi has wondered if Duke Bradshaw handles his women as expertly as he handles his bike. When he shows up at her door offering her a much-needed job at his shop, she gets her chance to find out. Beneath Duke’s masterful touch, Carmella soon submits to a world of unimaginable pleasure.

But history has taught Carmella how bad a boy boy can be. If she doesn’t put on the brakes fast, her hard-bodied heartbreaker could drive her right over the edge . . . 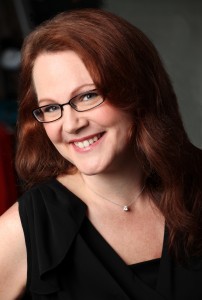 The story goes like this: While on pregnancy bed rest, Lauren Dane had plenty of down time, so her husband took her comments about “giving that writing thing a serious go” to heart and brought home a secondhand laptop. She wrote her first book on it. Today, Lauren is a New York Times and USA Today bestselling author of more than 60 novels and novellas across several genres.

Review of Coming Back

Review (4.5 Stars):  I loved Coming Back and Ms. Dane did an amazing job creating strong characters that have so much history and passion with one another.  Jessi walked out on Mick years ago and has finally come back to finish what they started with Adam. These three characters had great sexual chemistry with one another and their relationship just seemed right for all of them.  They would do anything to protect each other and I enjoyed learning about each of them.  I love Ms. Dane’s books and to me, each one keeps getting better and better.  This is the third book in the Ink and Chrome series and I can’t wait to see where this series goes from here.