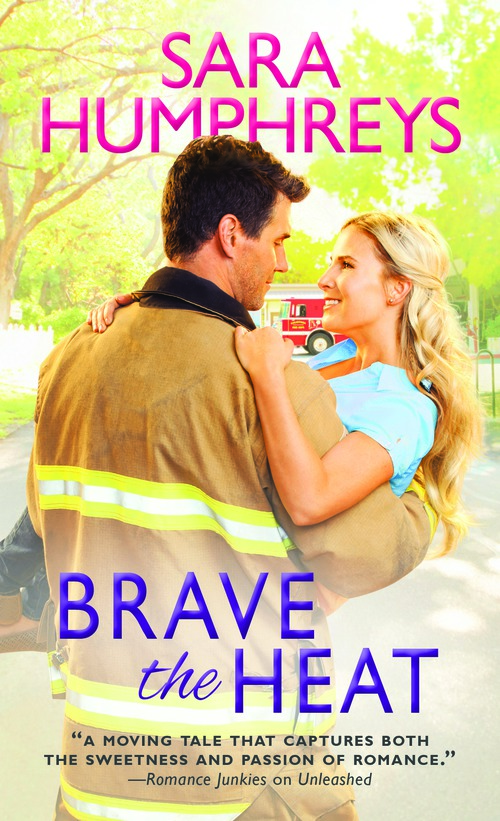 Spotlight Feature: Which Hot Hero in Uniform Would You Fall For? By Sara Humphreys

This month, author Sara Humphreys launches her first contemporary romance series The McGuire Brothers. Featuring five brothers, all men in uniform, the devotion that these siblings have for each other is matched only by their commitment to service, and eventually to the women they fall in love with. Readers will meet all five of the men in Book 1 Brave the Heat … and heat is right! The McGuires are protective, loyal, steadfast, and sexy. To get you in the mood for meeting Fire Chief Gavin McGuire, the featured hero in the series starter, Sara has written a quiz to see which type of uniformed hottie is right for you.

The Hottie Heroes in Uniform Quiz:

1.       Where would your uniformed hero take you for a surprise vacation?

2.       Which of these drinks would you share with your hot man in uniform?

b.      To dinner and then to the top of the Empire State building for a romantic view of the city.

b.      Murder mystery dinner theater is his guilty pleasure.

c.       He loves to spend time at the shooting range and he hits the bullseye every time.

Okay, here are the results…

If you chose mostly A’s then your perfect man in uniform is a Fireman: He’s hot to trot but definitely a low maintenance man. No muss and fuss for this family oriented guy.

If you chose mostly B’s then your perfect uniformed hottie is an NYPD Officer: This guy is savvy and loves the big city, in spite of what he has seen on the job. He moves fast and plays hard. Can you keep up?

If you chose mostly C’s then your uniformed guy is in the Army: He’s traveled the world to protect our county but his favorite spot is home. This devoted patriotic man loves nothing more than seeing you smile, especially since he has to be away from it for months at a time.

The only fire he can’t put out…
Jordan McKenna is back in town, and Fire Chief Gavin Maguire’s feelings when he sees her after all these years are as raw as the day she left. Then he was just a kid wearing his heart on his sleeve. Now he spends every day trying to atone for the tragedy he couldn’t prevent.

Is the torch he carries for her
Jordan’s life has not exactly worked out the way she expected. A divorced mother of two with a failed acting career, Jordan’s biggest concern about coming back to Old Brookfield was seeing her first love. But when a series of suspicious fires breaks out, Jordan and Gavin realize that dealing with the sparks between them may be the least dangerous of their problems. 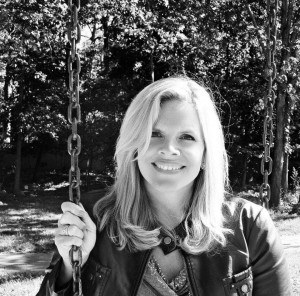 Sara Humphreys is the award winning author of the Amoveo Legend series. The third book in the series, UNTAMED, won two PRISM awards–Dark Paranormal and Best of the Best. The first two novels from her Dead in the City series have been nominated for the National Readers Choice Award. Sara was also a professional actress. Some of her television credits include, A&E Biography, Guiding Light, Another World, As the World Turns and Rescue Me.

She loves writing hot heroes and heroines with moxie but above all, Sara adores a satisfying happily-ever-after. She lives in New York with Mr. H., their four amazing sons, and two adorable pups. When she’s not writing or hanging out with the men in her life, she can be found working out with Shaun T in her living room or chatting with readers on Facebook.

Review of Brave The Heat:

Review (5 Stars): I loved Brave The Heat!!!  Gavin and Jordan were such a wonderful couple together and you could feel the heat between these two characters every time they where together.  These two belonged with one another but past mistakes had kept them apart for so long.  Jordan was a sweet character that came home to Old Brookfield with her daughters to pick up the pieces of her life and start fresh. Meeting Gavin again brought back all the old memories of their time together and how much they loved one another.  Sometimes love gets a second chance and I’m so glad that Gavin and Jordan were able to find their way to each other again.

Brave The Heat is the first book in a new series by Ms. Humphreys and I can’t wait to see who gets their happy ending next.  Such a delightful fun romance and I’m looking forward to reading more from this talented author.