He never thought he’d become a duke,
or that the secrets of his past will cost him his greatest love… 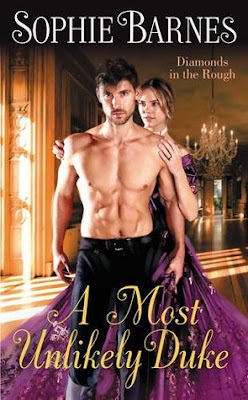 Raphe Matthews hasn’t stepped foot in polite circles since a tragedy left his once-noble family  impoverished and in debt. The bare-knuckle boxer has spent the last fifteen years eking out an existence for himself and his two sisters. But when a stunning reversal of fortunes lands Raphe the title of Duke of Huntley, he’s determined to make a go of becoming a proper lord, but he’ll need a little help and his captivating neighbor might be just the woman for the job…
After her sister’s scandalous match, Lady Gabriella knows the ton’s eyes are on her. Agreeing to tutor the brutish new duke can only lead to ruin. Although she tries to control her irresistible attraction to Raphe, every day she spends with him only deepens her realization that this may be the one man she cannot do without. And as scandal threatens to envelope them both, she must decide if she can risk everything for love with a most unlikely duke. 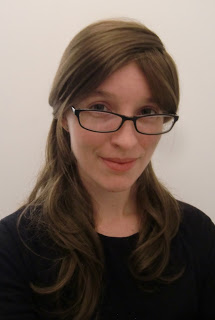 When she’s not busy dreaming up her next romance novel, Sophie enjoys spending time with her family, swimming, cooking, gardening, watching romantic comedies and, of course, reading.

Review (4 Stars): A Most Unlikely Duke was a delightfully entertaining romance that shows that you can find love where you least expect it.  Raphe Matthews recently found out that he is the only heir to the title of Duke of Huntley after his family has been struggling to survive for the last fifteen years. He needs to find a way to help his family fit into society and become a proper duke so Lady Gabriella, a beautiful neighbor, offers to give him the guidance he needs to win over the ton.  What neither of them expected was to fall in love and will they be willing to risk it all when scandal is the last thing that either of them needs?

I instantly fell in love with Raphe and his lovely family in this story.  They had gone through so much after the death of their parents and they finally were able to have a better life after struggling to put food on the table.  Raphe was a captivating, sexy hero and I loved how he would do anything to help his sisters even if it meant playing by the ton’s rules.  Lady Gabriella was the perfect partner for him and the chemistry between these two characters heated up every time they were in the same room even if they were fighting with one another.

A Most Unlikely Duke is the first book in Ms. Barnes’ Diamonds in the Rough series and it is an absolute winner.  This romance was charming, funny and the pages just flew by as I read Raphe and Gabriella’s story.  Can’t wait to see what happens next and who finds their happy ending in the next installment.

2 Responses to “Blog Tour & Giveaway: A Most Unlikely Duke by Sophie Barnes”