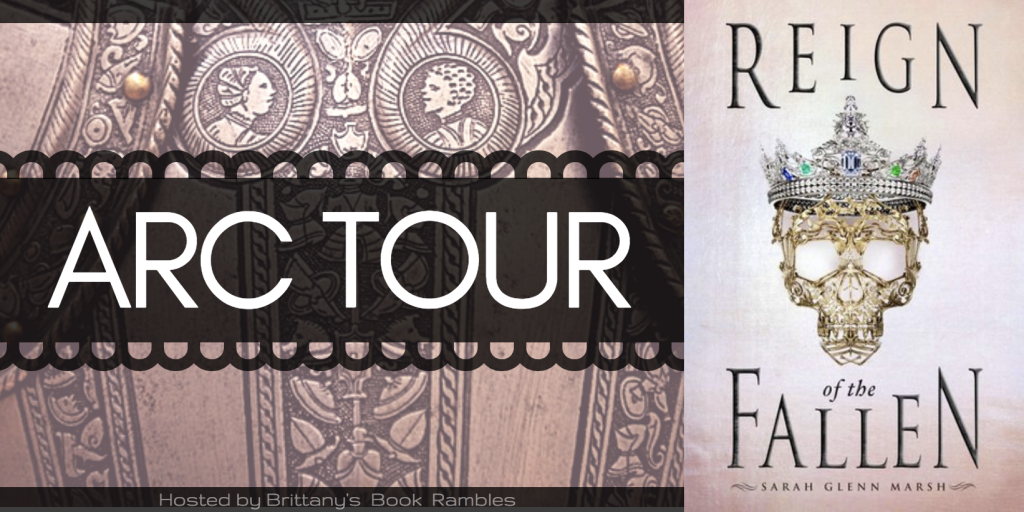 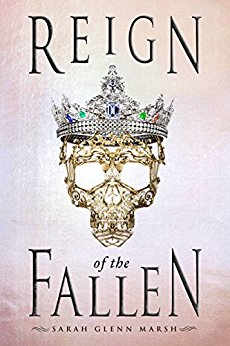 Without the dead, she’d be no one.

Odessa is one of Karthia’s master necromancers, catering to the kingdom’s ruling Dead. Whenever a noble dies, it’s Odessa’s job to raise them by retrieving their soul from a dreamy and dangerous shadow world called the Deadlands. But there is a cost to being raised: the Dead must remain shrouded. If even a hint of flesh is exposed, a grotesque transformation begins, turning the Dead into terrifying, bloodthirsty Shades.

A dramatic uptick in Shade attacks raises suspicions and fears around the kingdom. Soon, a crushing loss of one of her closest companions leaves Odessa shattered, and reveals a disturbing conspiracy in Karthia: Someone is intentionally creating Shades by tearing shrouds from the Dead–and training them to attack. Odessa is forced to contemplate a terrifying question: What if her magic is the weapon that brings the kingdom to its knees?

Fighting alongside her fellow mages–and a powerful girl as enthralling as she is infuriating–Odessa must untangle the gruesome plot to destroy Karthia before the Shades take everything she loves. 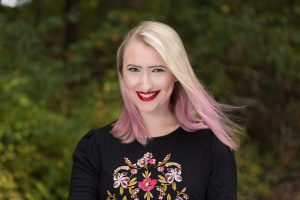 Sarah Glenn Marsh writes young adult novels and children’s picture books. An avid fantasy reader from the day her dad handed her a copy of The Hobbit and promised it would change her life, she’s been making up words and worlds ever since.

When she’s not writing, Sarah enjoys watercolor painting, ghost hunting, and pursuits of the nerd variety, from video games to tabletop adventures. She’s never met an animal or a doughnut she didn’t like.

Sarah lives in Richmond, Virginia with her husband and their tiny zoo of four rescued greyhounds, three birds, and many fish. She is the author of Fear the Drowning Deep, the Reign of the Fallen duology, and several picture books.

Review of Reign of the Fallen

Review (4.5 Stars):  Reign of the Fallen was a beautifully-written action adventure that had a strong heroine that you will instantly love.  This story kept me on the edge of my seat as I followed Odessa and her friends as they tried to determine who was intentionally controlling the dead or Shades, as they were called, to attack the citizens of Karthia.

I was instantly lost in this story from the very first page in following the clues with Odessa to find the identity of the necromancer that could control the Shades.  There was one scene during the course of this story that broke my heart right along with Odessa but she refused to let this crucial moment break her character even though it caused this reader to fall apart for her.

Reign of the Fallen will stay with you long after you’ve finished reading the last page and Ms. Glenn Marsh is definitely a new writer to watch in the future.  This is one of my favorite books of 2017 and can’t wait to see what is next for this talented writer.